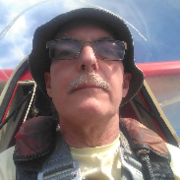 "Hi Paul. Thank you for this explanation and summary. I have read it properly now and so here are a few thoughts.
In the Introduction, you define the Physical Mechanism of Sexuality as being the role of reproduction. You qualify this later, but…"

"Paul
This is a reply to your post of 12th August 2022, which was a reply to mine of 18th March.
There are two themes here. The first is about the nature of the Christian God. I had said that if he [the bible mainly uses “he”, which may be an…"

"Paul
Perhaps our understanding is convergent, but not able to completely align.
You say to me: “I think that you, like me, believe that human connection and compassion should shape our beliefs, as well as Reason.  But, in that case, you don't…" 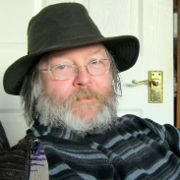 "Adrian - Thank you for responding. As described, Ayn Rand's philosophy projects an attractive heroic quality which frames the individual's actions to advance their position as being progressive in general. In other words, I can do whatever I want to…"

"Paul
I think I am right in remembering that your degree was in Mathematics and Philosphy, which explains why you suggest that Godel’s Incompleteness Theorem is easy to understand! I am afraid that I am more of an amateur in these things, and much…"

"My first reply to this blog touched on the subject of reason, but tried to say too much too briefly.  I have filled out the details in a new article (https://just-human.net/articles/reason) and hope it is clearer.
"

"Brian
It is actually the statement you quote that appeals to me in explaining my fascination with Ayn Rand, despite it’s inherent problems: "the concept of man as a heroic being, with his own happiness as the moral purpose of his life, with…"

"Interesting. I spent a large part of my career dealing with Reason and Logic as part of my working life in one form or another. This involved mathematical logic, AI, theorem proving, and programming language design and implementation. Now, (formal)…"

"Paul: I agree that the practical implications of Ayn Rand’s Objectivism test the limits of Reason, just as Libertarianism, as espoused by her and others, was tested and found wanting by the Covid pandemic. Ironically, at least some of the…"

"I'm fascinated by Ayn Rand, but have to admit that I have never read any of her books.  I seem to recall that Atlas Shrugged was close to the top of my 'read-this-next' pile for a while, but it never reached the top.   This seems like a fair…"

I’m going to throw a curve-ball into this forum which has so far been impeccably liberal and politically correct. My fascination with Ayn Rand’s ideas and ideals is the nearest I will get to a sado-masochistic relationship with someone devastatingly…
See More

"The Parable is about Computer Software; the Thought is about people and their problems.
The difference is that IT software is logical; people aren't. An IT solution works for all systems of the same type; people show much greater variation, they…"

"I can see the ideal behind this, the desire to be transparent and avoid corruption. But we would need to be a lot more careful with our language. "Get Power" in isolation sounds rather sinister especially when it appears first on the list. Democracy…"

"Paul: Your thoughts on the subjects of Assisted Dying and Suicide are of interest to me personally and professionally. On a personal level I am thankful that so far it has only been a theoretical interest, but professionally I had considerable…"

"Paul: I think that what I mean is that if you reject the apparent certainties that are stated as such by the Calvinists, then what replaces them seems to be woolier. Perhaps people like me who have internalised a Greek way of thinking are too…"

"Exactly. Well-meaing Christians accept that parts of the bible are difficult to accept, but then try to have it both ways. Relatively recently a Christian friend said to me that he doesn't believe in a literal Adam and Eve, so I said "you would have…"
More…
Loading ...

You need to be a member of Just Human? to add comments!

This reply was deleted.

What do you want to tell us about from your past activity or experiences?

I am over sixty now, and the world has changed far more over the last twenty years than it did in the previous years of my life.

After the end of the Cold War, Progress seemed to be inevitable. Internationalism was triumphing over Nationalism; Tolerance and Inclusivity were overcoming bigotry and tribalism. But then there were the Balkan Wars, and 9/11, and now Brexit and Trumpism. Many countries have gone backwards in terms of democracy - China, India, Russia, the United States. The UK is not exempt. The Covid pandemic hasn't helped, and if we don't sort out Climate Change nothing else will matter.

I am still proud to be a Liberal (in the broad sense, not necessarily in voting for that party). and a Free-thinker. I am probably what the Daily Mail calls a Metropolitan Liberal. I prefer the term Classical Liberal, though that has become conflated with neo-liberalism which isn't really liberalism at all.

I was a Christian until the age of 53 in 2012. Exclusive Brethren until the age of 11; regular Brethren until the age of 19, Charismatic Evangeilical until about 28, then slightly saner and increasingly more liberal evangelical. The loss of a Christian friend in a car crash in 2005 caused huge doubts to open up and the whole thing became more untenable the more I thought about it. Looking back, I had had niggling doubts for at least ten years before that. It took another seven years after the event to acknowledge that my attempts at constructing a looser framework of faith were failing.

I am not going to substitute one dogma for another; Evangelicalism for atheism. There are certainties but we cannot always be sure what they are. The Argument from Design is not one that can easily be dismissed; maybe we just don't know enough science, but it seems that the more we know about how evolution might have occurred, the more complex life appears to be. But if there is a God, he, she or it exists in a very different paradigm to evangelicalism.

I'm not keen on labels, but to roughly encapsulate my thinking: