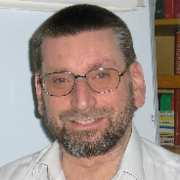 "Adrian,
Thinking a bit more... I would like to respond to your comment, "But surely all of what we know of anatomy suggests that it is the brain that processes these feelings."  Yes, and no.
Your brain processes your interpretation of the feelings, …"

"Adrian,
Many thanks for your response.  Again, you make many points; I'll try to pick up on some of them.
Fun and dominance: I thought I had made it clear that I understand the fun aspect of sex as an important part of the personal experience, and…"

"Hi Paul. Thank you for this explanation and summary. I have read it properly now and so here are a few thoughts.
In the Introduction, you define the Physical Mechanism of Sexuality as being the role of reproduction. You qualify this later, but…"

"There is an informative article by Lin Taylor in Context - Britain's foreign aid: Where does the money go?"

[Back to Sex & Sexuality]
Introduction
One of the basic problems we face in talking about sex, is that we may be trying to talk about vastly different things.  At the very least, we can distinguish between these three kinds.

[Back to Science and Faith]
Introduction
Everyone seems to be familiar with the quote, "Sufficiently advanced science is indistinguishable from magic," but I sometimes talk with people who appear to think that our inability to distinguish between…
See More

[Back to Spiritual Challenges]
Sabine Hossenfelder filmed a talk at the Royal Institution on 19 August 2022 with the title, "Existential physics: answering life's biggest questions".  In this talk, the RI says, "Sabine explores counterintuitive…
See More

[Back to Sex & Sexuality]
Introduction
The principle that sex should be consensual is a good one, but what does this mean in the real world?
In the messy details of human relationships, things are rarely clear-cut.  We have pressures, preferences…
See More

Introduction
Traditional economics relies on continual growth, an assumption which made little sense in the 1960s and makes even less sense now.  Any plan which requires unrestricted (in effect, infinite) growth on a finite planet is unlikely to…
See More

[Back to Science and Faith]
Introduction
I must confess at the start that I am not a Star Wars expert. The original films came out in my youth, and it seemed for a while that everybody was talking about 'the Force', arguing about what it was and how…
See More

Introduction
Our basic framework (Particles, People and Purpose) divides all of reality into three parts: physical, social and spiritual. This enables us to talk about each part in a constructive way, because each one requires us to use different…
See More
More…
Loading ...

What do you want to tell us about from your past activity or experiences?

After a couple of jobs selling books, spent 20 years in IT, in various parts of the insurance industry.  Most of this was spent developing distributed systems and 'Electronic Data Interchange' - using computers to send information to each other.  Helped to develop some of the UN trade data interchange standards for insurance.  Project managed the first system in the UK which enabled people to establish a contract by using a computer.

In parallel with this, led a housechurch with a friend for several years, then got involved with the local URC, was ordained as an Elder and served several terms.  Our church initiated a  nationwide debate within the URC oon the theology and practice of baptism.

Supported some church members through training and service with Open Air Campaigners, eventually becoming the UK Director of Europe Now and moving to Bristol to set up the Snowball programme to train evangelists working in Europe.

Asked to step in and 'hold the reins' of Crisis Centre Ministries after the founder had to step down due to ill health, then continued in the role of General Manager for the next 14 years.

What is your current involvement and activity?

Bristol City of Sanctuary - on the board, currently the treasurer

FareShare SouthWest - on the board

Local Friends - started it and trying to grow it.

What concerns or issues do you care passionately about?

A strong supporter of electoral reform and advocate for Universal Basic Income.

Not interested in religion, but very interested in exploring and building the Kingdom of God as a present reality, as Jesus taught and demonstrated it.